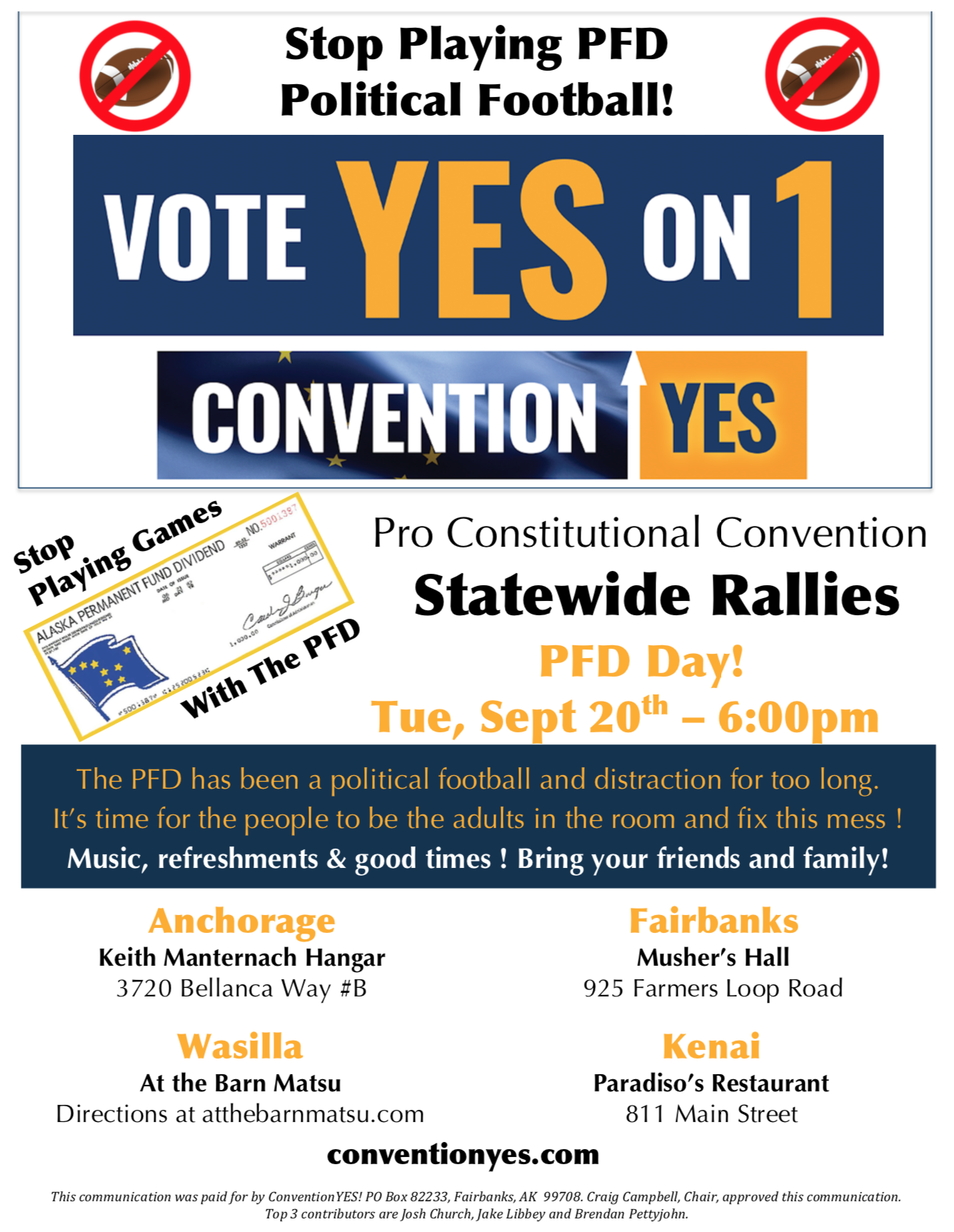 Alaska Family Council does not take a stand on the Permanent Fund Dividend.  There are very strong and diverse opinions on this issue on both sides of the political aisle but the PFD is outside of the wheelhouse of our ministry. However, we are very much in favor of a Constitutional Convention that Alaskans are voting on this November.  As we’ve shared many times, we believe a Constitutional Convention provides the best opportunity to address much needed judicial reform, school choice and clarifying that our State Constitution does NOT contain a right to abortion in it.That being said, a group has formed called ConventionYes with a primary focus of ensuring that the Legislature stops using the PFD as a political football and distraction from doing the people’s work. Despite massive outside, dark money pouring in to the campaign of opponents of a Constitutional Convention, the ConventionYes Campaign is picking up steam.As part of that effort, the ConventionYes Campaign is hosting rallies in four different cities across the state next week. If you’re tired of the state legislature making the PFD the giant elephant in the room or want to learn more about their campaign, we encourage you to attend. 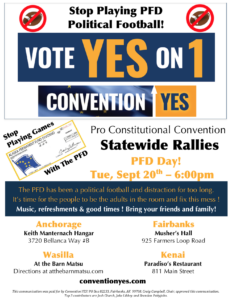