“Oh, that their hearts would be inclined to fear me and keep all my commands always, so that it might go well with them and their children forever!” Deuteronomy 5:29 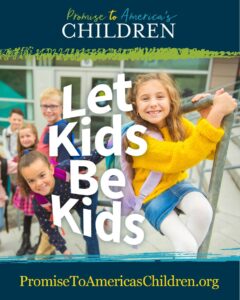 This is exactly what is needed now and it is truly our promise as a ministry to Alaska’s children.   When we work in the Legislature or with local school boards and governing bodies, we are doing so with families and children in mind.  Unfortunately, in media and at school, children are routinely exposed to explicit messages and images. Boys are allowed to play in girls’ sports, shattering girls’ opportunities and dreams. When children are struggling to embrace their biological sex, they are pushed to pursue dangerous cross-sex hormones and sterilizing surgery. And the Equality Act – which the U.S. House is poised to vote on this week – would use the full power of federal government to enshrine these practices nationwide.

Written by The Heritage Foundation, Family Policy Alliance, and Alliance Defending Freedom, the pledge has received broad support from more than 50 state and national organizations, including Alaska Family Action. A full list of endorsing organizations is available at the Promise website.

The Promise to America’s Children is intended both as a line in the sand against these dangers (particularly the federal Equality Act), and as a positive response to encourage Americans to stand up for their own children. On the initiative’s webpage, parents are encouraged to sign a pledge to protect their own child’s mind, body, and heart, while policymakers are asked to sign the 10-point pledge detailing specific objectives to protect children. These objectives include:

Next month, Alaska Family Action will be hosting a Pastor Reception at the Petroleum Club in Anchorage (more details and registration info available soon) where we will provide information about how harmful the Equality Act is and how the faith community can be engaged with the Promise to America’s Children.  In addition, we will be asking public officials at the Federal, State and Local levels, including those who are currently running for office, to sign the Promise. In doing so, we will equip influencers in Alaska to stand strong for our kids along with educating Alaskans as to who in public office, including candidates, is willing to stand on this critical matter.

Proud of our national partnerships